The Energy Technology Station’s major community engagement project, called the energyDRIVE, has been active at exhibitions, career expos and schools.

The mobile truck and customised container designed by the Energy Technology Station has been built and is equipped with renewable energy equipment, having a 2.5 kW photovoltaic system on its roof.

The truck is also equipped with a 600 kW Kestrel turbine, a biogas digester, an energy efficiency booth and various other renewable energy demonstration units.

The energyDRIVE truck is the ‘first of its kind’ in Africa and, to our knowledge, the first in the world. It started its roadshows in February 2017 and has to date visited about 100 rural schools, educating over 70 000 scholars with renewable energy demonstrations; 25 exhibitions and careers expos reaching about 50 000 public, private, conference delegates and energy and environment colleagues.

The aim of the project is to create an awareness on available alternative sources of energy, and educate and train learners and the community in the field of renewable energy and energy efficiency.

During visits to schools, career expos and exhibitions, a general talk is delivered, focusing on renewable energy and energy innovations, as well as the importance of using our conventional energy more efficiently.

Each renewable energy technology is also demonstrated and learners are given the opportunity to participate in practical sessions. Learners are also supplied with an activity booklet and the school science department is supplied with a laboratory scale photovoltaic demonstration apparatus for educational purposes.

The success of the energyDRIVE project has been well acknowledged in a number of articles in various well-known media platforms, namely the Mail & Guardian, Engineering News magazines, local papers and social media. The project has received many prestigious awards, most recently, 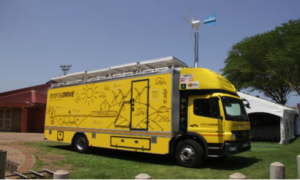 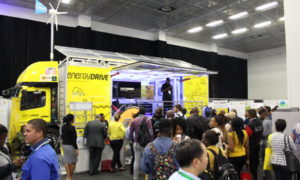 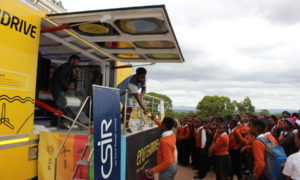 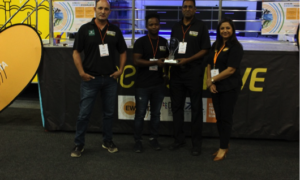 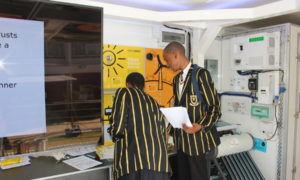 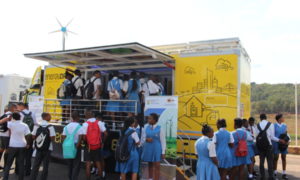 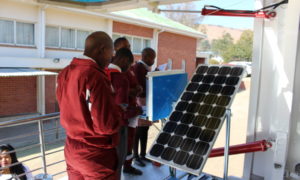 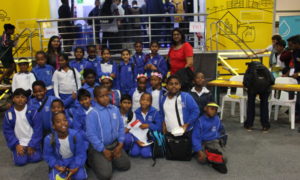